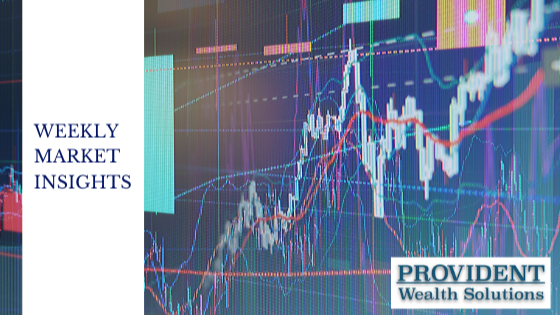 The most watched, and arguably the most exciting, soccer league in the world kicked off this weekend across the pond: the English Premier League (EPL). It’s set to be an enthralling season for the many EPL fans around the world as some of the world’s biggest soccer (or football as it’s called over there) teams battle it out for supremacy, in what is also the most lucrative soccer league in the world for its constituent teams.

As of the latest United Kingdom (U.K.) government estimates, the premier league is estimated to contribute over $10 billion per year to the UK economy. Much of the financial success of the league has come from selling the television broadcast rights both domestically but also increasingly outside of the U.K. (including the $2.7 billion that NBC just paid for rights to broadcast in the US for the next 6 years, extending its current deal that has been in place since 2013, out to 2028). Worldwide an estimated 3.2 billion viewers watched at least one EPL match during the 2019-20 season, in almost a billion separate households. Perhaps it’s the accessibility of the games being broadcast in the English language but the EPL has left its rivals, Germany, France, Spain and Italy, who often get the better on the field, in its dust off it. The EPL brings in over $3.5 billion in TV money per season; almost double the Spanish “La Liga” league and more than the Italian, German and French leagues combined.

“U.S audiences watching premier league soccer have increased massively as TV coverage has increased and we anticipate this ramping up even more as we build up to the U.S hosting the FIFA world cup in 2026,” said LPL Financial Portfolio Strategist George Smith “Of course, we’d never suggest investing based on this, but the superstitious amongst you would not be surprised to hear that a team wearing red winning the premier league has historically been a poor sign for stocks”

Just for fun we took a look at which EPL teams the stock market, as measured by the S&P 500, seemed to cheer. Going back to the start of the premier league era in the 1992-93 season (prior to this it was known as the English Football League Division 1) seven different teams have won the league. The stock market looks like it likes one hit wonders as it has never been down in the calendar year in which a team won the EPL for the first time. The average best return, +34%, has occurred when Blackburn Rovers won, for the only time in 1995, but unfortunately for those of us hoping for such an omen for 2023 Blackburn was relegated out of the EPL in 2012 and has been struggling in the lower divisions ever since. Manchester City won the season that just ended in May 2022 but finishing this year with a 15% calendar year return may be a stretch after the historically bad first half we saw. It will also not surprise Arsenal fans that their team is bad luck and that their team winning coincides with a measly 4% average return and sub-par batting average.

We know that some traders are very superstitious about the color red so we also decided to look at the predominant color of each team’s home uniform (or kit as they would say in England). So far no team has ever won the league that doesn’t have either a blue or red home uniform and it turns out that a red team winning does correlate to more red in the markets, with a lower average return, worse batting average and much worse drawdowns when they do occur:

Lastly, we wanted to look at the nationality of the winning team’s head coach (or manager as its known out there). Amazingly, no team coached by an Englishman has ever won the premier league but seven other nationalities have. Spanish, German and Italian winning coaches posted well above average returns and the stock market has never been down in any of the four years that an Italian prevailed!

If you haven’t yet chosen a premier league team to support and want some good luck for the stock market as well our calculations point to a team that doesn’t wear red, would be a first time winner and has an Italian manager: Tottenham Hotspur. Tottenham is the only member of the so-called “big 6” premier league teams, who dominate the league financially, that has never won the EPL. Leeds United, who wear white and are coached by the American Jesse Marsch, could be a fun, but very unlikely to succeed, selection.

LPL Research would like to reiterate that in no way shape or form do we recommend investing based on this data, but here’s to a great premier league season for all you soccer fans out there!

Any company names noted herein are for educational purposes only and not an indication of trading intent or a solicitation of their products or services. LPL Financial doesn’t provide research on individual equities. All information is believed to be from reliable sources; however, LPL Financial makes no representation as to its completeness or accuracy.

All index and market data from FactSet and MarketWatch.

This Research material was prepared by LPL Financial, LLC.

Insurance products are offered through LPL or its licensed affiliates.  To the extent you are receiving investment advice from a separately registered independent investment advisor that is not an LPL affiliate, please note LPL makes no representation with respect to such entity.