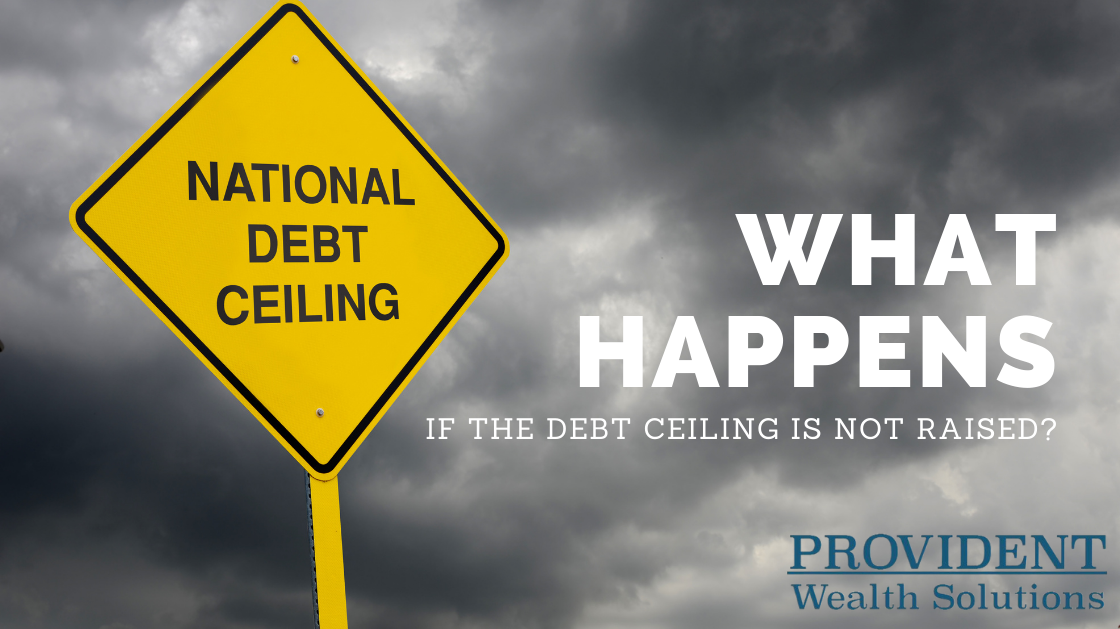 What Happens if the Debt Ceiling is Not Raised?

The latest mess out of Washington is the fight to increase the federal debt ceiling. If this isn’t resolved, some fear catastrophe for the markets but perhaps we shouldn’t be so quick to jump to conclusions. Stocks may dip at first, but a market debacle is not likely to happen.

The debt ceiling fiasco will come and go, market volatility will likely increase and we should consider managing our emotions and following our investment discipline. There will always be drama in D.C. or unexpected announcements on Wall Street.

Long-term financial confidence dictates that we learn to manage headline-generated waves in the market and do our best to recognize which ones truly matter and which are just ripples under our boat.  Remember, some ripples could offer potential opportunities.

The politicians in D.C. seem to generate drama regarding just about everything these days. While many of the laws that state legislatures and Congress pass are in fact important, let’s take a closer look at the debt ceiling, which is a special situation.

For the past few months, discussions of the debt ceiling seem to have slowly crowded out other stories on the newswires. That could potentially be a serious issue, and we certainly have opinions about it, but this article is devoted to helping you understand the market more than politics.

First things first, the debt ceiling does not give Congress the ability to spend more money. It does not hand over a blank check for them to do whatever they please.

So, if the debt ceiling does not allow Congress to spend more money, then what does it do? In the simplest terms, it approves the check to be written to pay for the spending that lawmakers already approved.

Imagine if you receive a credit card with a limit of $5,000, and then charge $5,000 on it. When the bill comes in the mail, you decide if you’ll pay it off or not. That’s essentially what Congress is doing, determining: whether they will pay the bill to cover the spending that the House, Senate, and president already signed off on.

Seems fairly simple, doesn’t it? Well, like most things that happen in Washington, both parties attempt to latch special spending items to bills that raise the debt ceiling. The important discussion of how much the U.S. government spends should ideally occur when voting on the actual budget. Without an agreement on this question, we could see a government shutdown.

Here is a very important thing to remember: if the debt ceiling is not raised and the government does shut down, it wouldn’t be the first time. In fact, it wouldn’t even be the twentieth time.

But we will survive and there may be a light at the end of the tunnel, the question is how long it takes to reach there.

Past performance is no guarantee of future results.

The debt ceiling refers to the maximum amount of money the United States Federal Government can borrow, and is set by law (created under the Second Liberty Bond Act of 1917).

The opinions voiced in this material are for general information only and are not intended to provide specific advice or recommendations for any individual.

This material was prepared by FMeX.